Life in the Philodendron

I discovered this morning that Shadow Shot Sunday, a blog hop I used to play in was still running. The idea is to take a photo of a shadow and post it. So I quite happily took my new cheap camera (my good one is still on order) outside and went hunting for shadows – it is a gorgeous sunny day today, so perfect 😀

I ended up down the side of our house where we grow plants that need a little protection from our scorching sun. We have a philodendron that I bought years ago as a tiny 20cm high plant. It has now busted out of its pot and taken over a good part of the shade house. It has leaves half the size of me, so it was great for shadows. 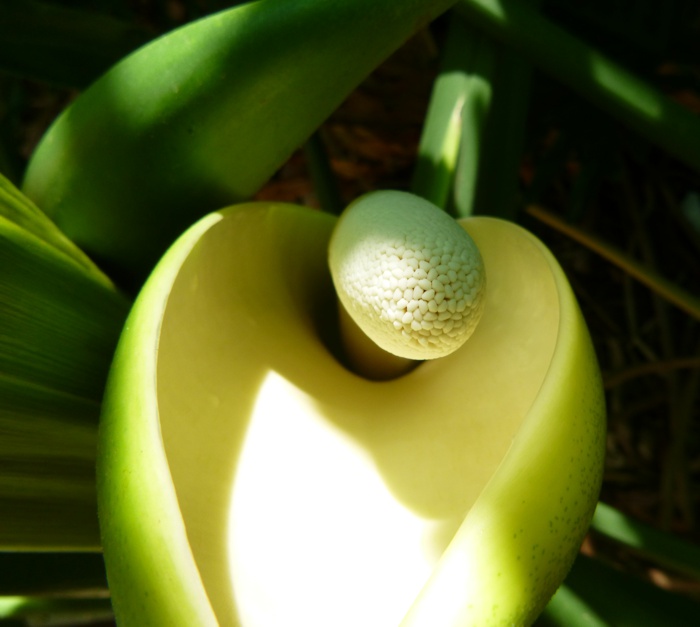 While I was photographing, I came across this.

Now we rarely see these guys during the day. I’m guessing he was up for a little sun baking and my presence was probably terrifying him. I had the camera and so I grabbed the opportunity and took some shots. Unfortunately my very cheap 16Mp camera is very cheap and can’t take a decent shot at all. I don’t know how they can claim it to have such a large megapixelage since when you zoom in the image is shite. I know I’m spoilt with my then $1500 4Mp Nikon Coolpix 4500 back in 2002, and then my $700 Nikon Coolpix P520 18Mp (which broke twice, hence my current predicament), but this little $200+ Lumix DMC-FT30 16Mp which I bought for underwater photos, really can’t cut it. Even if I’d had my little 4Mp camera or even possibly my phone with its 8Mp probably could have done a better job. So there are no wonderful closeup shots of his eye or anything arty because the camera I had in my hand couldn’t do it, aaargh! And he posed so beautifully in his terror at my presence.

Here are the shots I did manage to capture. 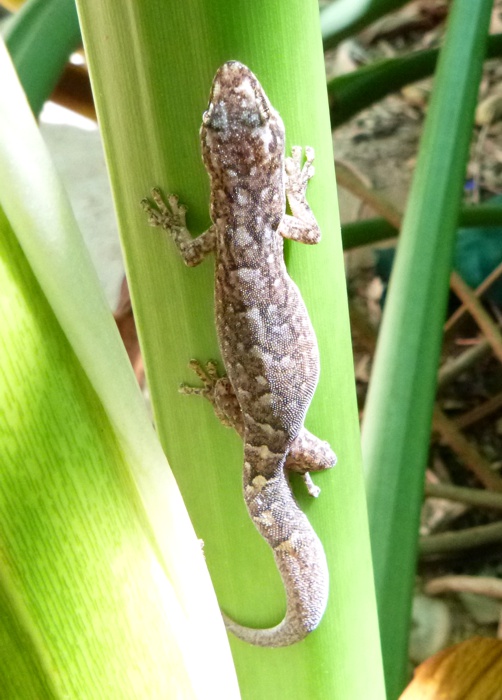 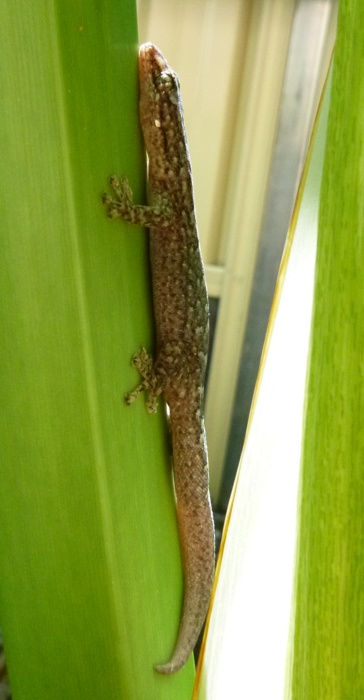 Here are a couple of previous shots with my better camera. The difference with these is that they were taken at night, the first one in pitch black and the second with minimal back porch lights. 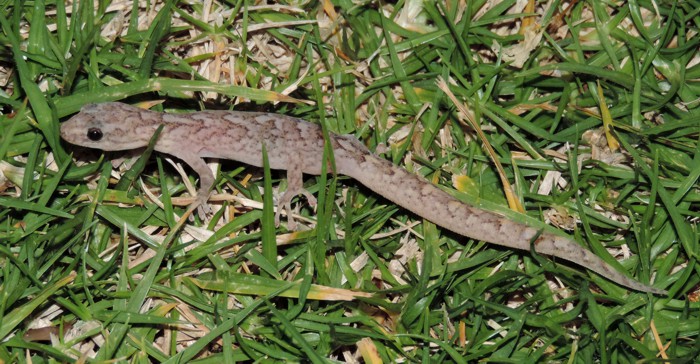 I really hope that I didn’t blind either of them with the flash ::insert guilt here::

This is a Marbled Gecko (Christinus marmoratus), the most common reptile in the Greater Adelaide region. It loves to live in piles of wood or bricks, places with lots of cover. It eats insects, spiders and other small invertebrates and is nocturnal, which is why seeing one this morning at about 10am was such a surprise. We usually only see them during the day if we disturb their cover and they go running. The reason for this was amply illustrated a couple of weeks ago when a magpie landed outside our window with a gecko in its beak. I’m sure the local kookaburras would also love to dine on them.

We once had a large female redback spider kill a gecko just outside our back door. I was not impressed and struck back at the redback for all vertebrates, and after two attempts (this was one hell of a redback) we finally got her. Thinking back, she was probably doing it self defense since geckos eat spiders. There is a very, very short list of plants and animals I am willing to kill, and redbacks are on it, mostly because I have kids and because they have kinda flared up here and we need to keep the population under control. I usually let the ecosystem flourish as it sees fit.

So since my shadow shot also became a Critter feature, I’m also going to share this as a late submission to Saturday Critters.

Don’t forget to drop by both Shadow Shot Sunday and Saturday Critters to see all the wonderful things our world is sharing with us.

This site uses Akismet to reduce spam. Learn how your comment data is processed.

...or ping me here anytime.